Following on from the success of Sciath na Scol, 31 pupils took to the track in CIT representing Rath NS. Faced with some tough opposition from Mitchelstown, Cobh & Doneraile to mention a few, we had fantastic success on the day. Senan & Joe came first, Matthew second and Fiachra & Tim third, earning us a plaque for best boys performance in the straight races. The girls continued their winning ways in the afternoon with Maria & Holly coming first, Megan second & Jagoda, Izzy & Carla third. The U11 girls relay also came second which named the girls team the best school of the day in their division. Well done to all participants and thanks to Mrs Nolan, Ms Griffiths and all the parents who helped out on the day! 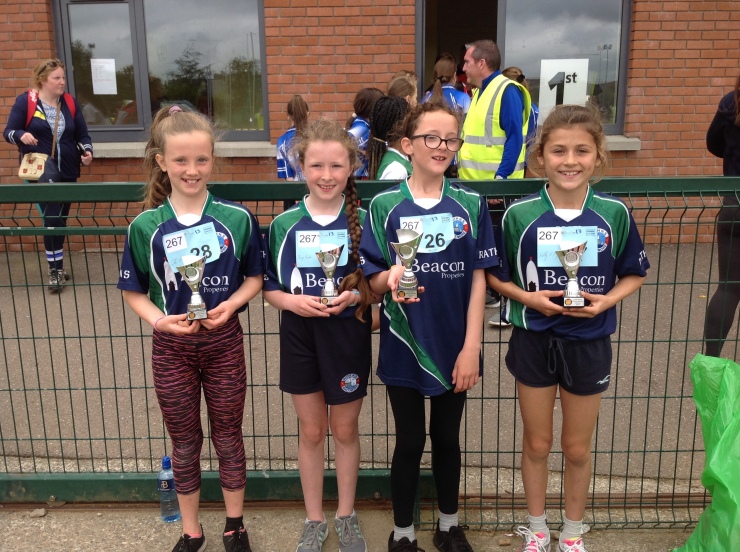